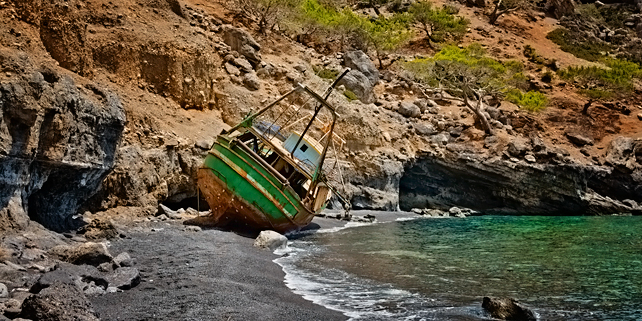 Last week, the Supreme Court heard arguments in Allen v. Cooper, seeking to answer the question of whether the Eleventh Amendment protects states from being sued for copyright infringement.

The story began in 1996 with the discovery of the sunken Queen Anne’s Revenge, the flagship vessel of famous pirate Captain Blackbeard.  The ship ran aground off the coast of North Carolina in 1718 and evaded detection for nearly 300 years, ultimately being discovered in a mere 28 feet of water.  Given the great historical significance of the find, plans were drawn up to raise the ship’s contents for research and public display.

To facilitate this recovery, a deal was struck whereby private salvagers would recover artifacts from the wreck and turn them over to the state, in exchange for being granted commercial, replica, and other rights associated with the ship.  The plaintiff, Frederick Allen, is an underwater photographer and videographer who filmed much of the recovery effort. As the creator of the works, Allen owns the copyrights in them.

The legal troubles began when North Carolina, as part of its tourism promotions, published some of Allen’s footage and photographs without his permission.  Allen sued for copyright infringement under the Copyright Remedy Clarification Act (CRCA), arguing that the Act gave copyright owners legal standing to sue state institutions for copyright, despite the sovereign immunity bar that the Eleventh Amendment purports to grant to the states.  The district court agreed, finding in Allen’s favor.

The Fourth Circuit reversed, however, concluding the Eleventh Amendment entitled states to broad sovereign immunity, including from copyright infringement claims, and that the CRCA was an impermissible effort by Congress to narrow the meaning of the Amendment without actually amending the Constitution through proper channels.  Accordingly, the court found the Act was unconstitutional, and Allen therefore had no standing to even bring suit in the first place. Allen successfully petitioned for certiorari.

Before the high court, Allen argues that the CRCA waived states’ immunity from suit for copyright infringement.  He also cites section five of the Fourteenth Amendment, arguing that it “specifically authorizes Congress to protect property rights from state deprivation.”

A decision is expected this term, so stay tuned for details.