Imagine you’re out and about, and you see a person wearing a t-shirt emblazoned with the words “King James”–– who or what comes to mind?  King James I? The King James Bible? How about LeBron James?

Last week, the hoops legend filed an opposition against an LA man who applied for federal registration of the mark KING JAMES for use in connection with apparel, arguing that, well, everybody knows King James refers to LeBron.

Generally speaking, the Lanham Act prohibits people from registering the name of another living person as trademarks without that person’s consent.  This makes sense, as it would be rather unfair if a person could be prevented from using his or her own name to identify the source of his or her products––Jeff’s Bagels, for example.  LeBron, however, argues that his King James nickname has become so synonymous with his given name that the two are interchangeable, and thus his consent is (or should be) required to obtain a trademark registration for either one.

Whether this will be lay up for James (or an airball) remains to be seen.  He does however, have some experience in the trademark arena. His company, LBJ Trademarks LLC, holds a number of trademark registrations including the mark “Nothing Is Given.  Everything Is Earned.” While he does not hold a registration for KING JAMES, he points out that publications and media outlets all over the world refer to him as “King James,” illustrating that the nickname is so widely associated with him that the two names are one in the same.  Scholars of English or Biblical history, however, might disagree. 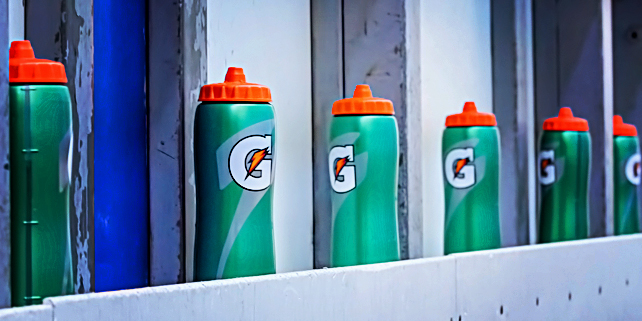 In a unanimous ruling, the Seventh Circuit held last week that the slogan “Gatorade the Sports Fuel Company” should be considered fair use, and does not..