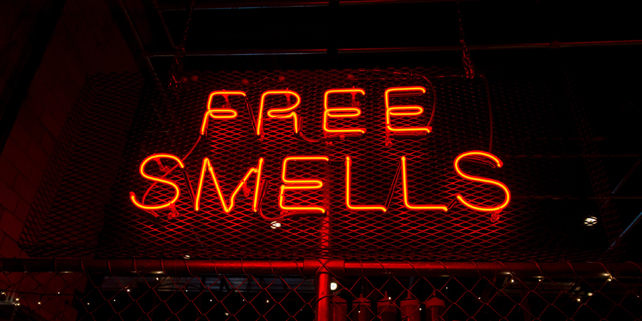 Can I Trademark A Scent?

The answer, as with most legal questions, is: it depends.  There is no rule that smells, as a category, cannot serve as a trademark.

The underlying purpose of trademark law is to extend legal protections to indicators of source.  This helps the consumer in two ways. First, it reduces search costs by signifying to the consumer that a product bearing a given producer’s mark actually originates from that producer.  The consumer can thus have a high degree of confidence that what he or she is buying is the real deal. Second, granting this legal protection incentivizes the mark’s owner to consistently produce high quality goods, so as to reflect positively on its exclusive mark.  This further helps the consumer, who benefits from different brands competing to offer him or her the best product at the best price.

With that in mind, let’s consider scents.  After all, can’t a smell indicate source? Sure.  Take Hasbro, the children’s toy company. Just last year, Hasbro received federal trademark protection for the scent of Play-Doh, which the trademark registration describes as a “sweet, slightly musky, vanilla fragrance, with slight overtones of cherry, combined with the smell of a salted, wheat-based dough.”  Verizon also has a federal trademark registration for a “flowery musk” scent, which it pumps into its flagship stores. In this context, the scent is part of Verizon’s trade dress, in that it indicates to consumers they are in a Verizon store, not an Apple Store.

There is one big hurdle to trademarking a scent, however, and that’s the functionality doctrine.  As we saw earlier, trademark law is designed to protect indicators of source, and a trademark owner will have an exclusive monopoly on that mark forever, provided it is being used.  Trademark law is not designed to protect items or products that have a practical use; that’s the purview of the patent law, which grants a monopoly to the patent’s owner for only 17 years or so.  If a mark has a practical use (i.e. if it is “functional”), it is ineligible for trademark protection. This prevents a patent owner, for example, from seeking trademark protection on his or her invention when its patent expires, thereby extending his or her monopoly forever.  The functionality doctrine, therefore, seeks to prevent this short-circuiting of the system.

The answer to our question, then, is that smells can be trademarked as long as they’re not functional; that is, if they serve a purpose other than simply smelling good.  A perfume or cologne, for example, is designed to make you smell good. That is its function. The law therefore views scents for their own sake as being “functional,” and will not allow them to be protected under federal trademark law.

In the Play-Doh example, by contrast, the scent is not being used for its own sake; it is simply one component of the product’s trade dress, and is designed to be experienced not for its own sake, but rather in conjunction with Hasbro’s “Play-Doh” word and design marks.  Collectively, these marks work together to indicate to consumers that they didn’t open just any can of children’s modeling clay – they opened a can of Play-Doh®.